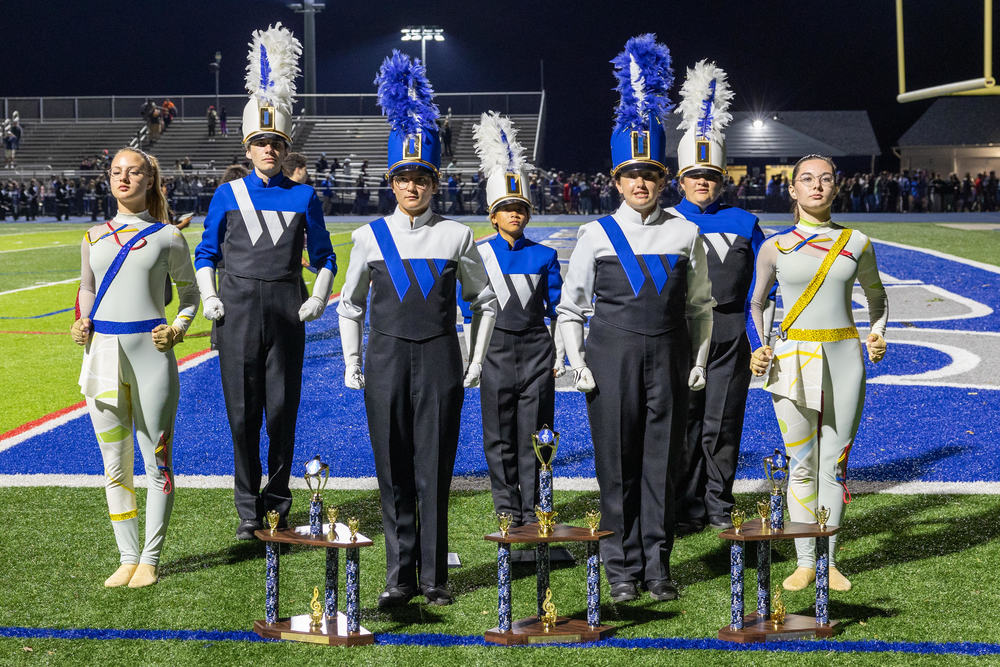 The Westfield Marching Blue Devils kicked off their competitive season with first place honors at the Scotch Plains-Fanwood New Jersey Marching Band Directors Association Contest on September 24, 2022. The band placed first in class AAAA winning music and overall effect. They also were awarded Best Overall Music and Overall Effect for the entire event as well as being named the Grand Champion of the night for receiving the highest score regardless  of class. This year's band is under the leadership of drum majors Jessica Strauss and Sarah Lincoln and they will compete next on October 8 at the Bands of America Mid-Atlantic Regional held at the University of Delaware.