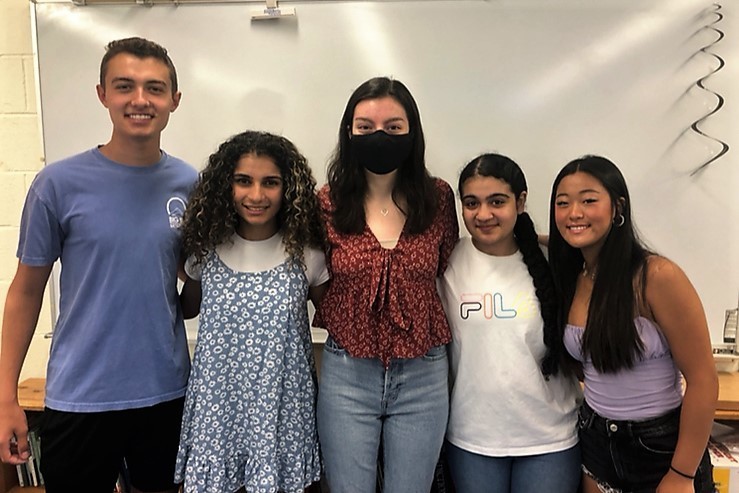 Congrats to our YAG Delegation!

For the first time since 2019, members of the Westfield High School Youth and Government Club participated in an in-person session of the New Jersey Youth and Government (NJ YAG) Conference at Rowan College, receiving an experiential lesson on civic engagement and responsibility and earning honors including “Outstanding Delegation.”

The four-day, YMCA-sponsored program provides a legislative simulation that has students acting as state senators, assemblymen, justices, lobbyists, members of the media and other political powerhouses.

Fourteen WHS students were among the more than 300 students representing 12 New Jersey high schools who participated in this year’s conference, which took place from April 7 through April 10. Three of the daylong sessions were virtual.

Twelfth graders Justin Anderson and Kavya Panjwani and 11th grader Alexandra Cicala served as officers this year and helped to organize and plan the conference.

"The students were very happy even to have one in-person session during the three-day conference,” says David Della Fera, a WHS English teacher who co-advises the YAG Club with WHS history teacher Daniel Farabaugh. “Our officers were fully involved in planning this year's conference, and once again they and the entire WHS student delegation did a fantastic job. Everyone is looking forward to a fully in-person conference next year."

Along with receiving an award as “Outstanding Delegation, additional honors included: