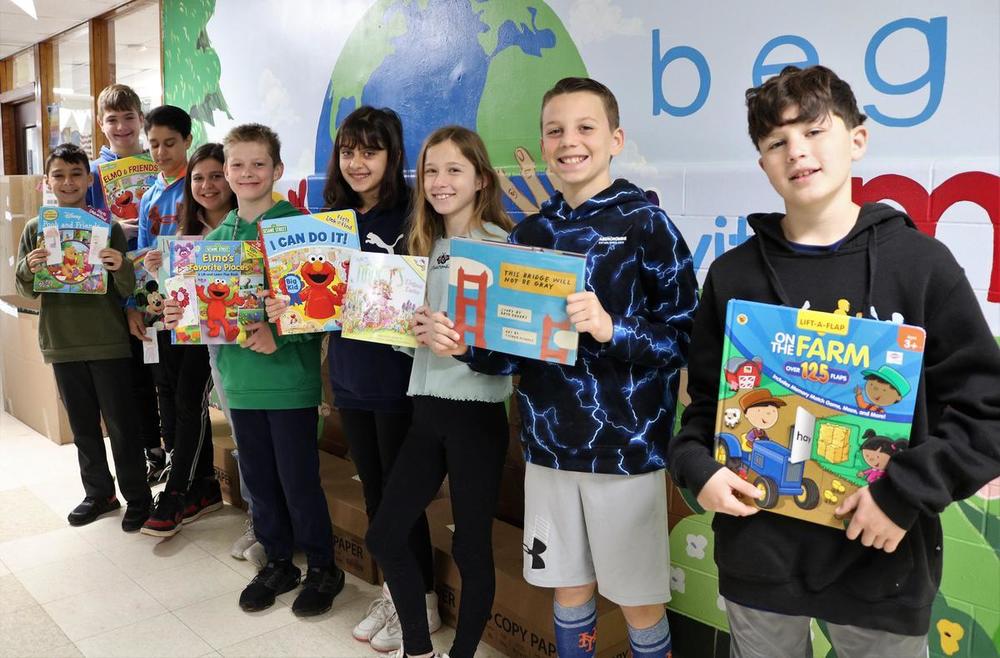 Fifth grade members of the Early Act Clubs at Jefferson and McKinley Elementary Schools have been collecting gently used books for school children in the Nigerian village of Obike.

Fifth grade members of the Early Act Clubs at Jefferson and McKinley Elementary Schools have been collecting gently used books for school children in the Nigerian village of Obike.

The McKinley school community recently concluded its book drive with more than 3,000 titles of varying genres.  “I was totally surprised by the amount of book donations,” says parent Julie McGeough who, with fellow PTO volunteers, helped to promote the event before organizing and packing the books for shipping. “Everyone was so generous.”

The book drive at Jefferson is taking place throughout March, with Early Act Club members at both schools creating handmade bookmarks to send with the donated books. The Rotary Club of Westfield sponsors Early Act Club activities.

“The Rotary Club of Westfield is so excited to have the McKinley and Jefferson Early Act Clubs assist in helping the village of Obike, Nigeria stock the library in the new school that is being built,” says Rotary Foundation Chair Elizabeth Ensslin, who has also served as Rotary president.  “It is always exciting to see Kids helping Kids.”

Ennslin notes that the idea for the book donation service project at McKinley and Jefferson arose from a global grant provided by the Westfield Rotary to a charity – founded by former Westfield resident Father Kingsley Ihejirika who grew up in Obike – which is responsible for building both the school and a medical clinic in the West African village.

The service project at both schools also helped to promote Read Across America Day on March 2.