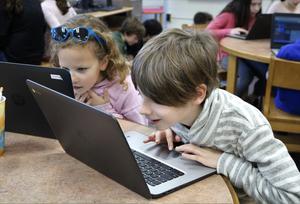 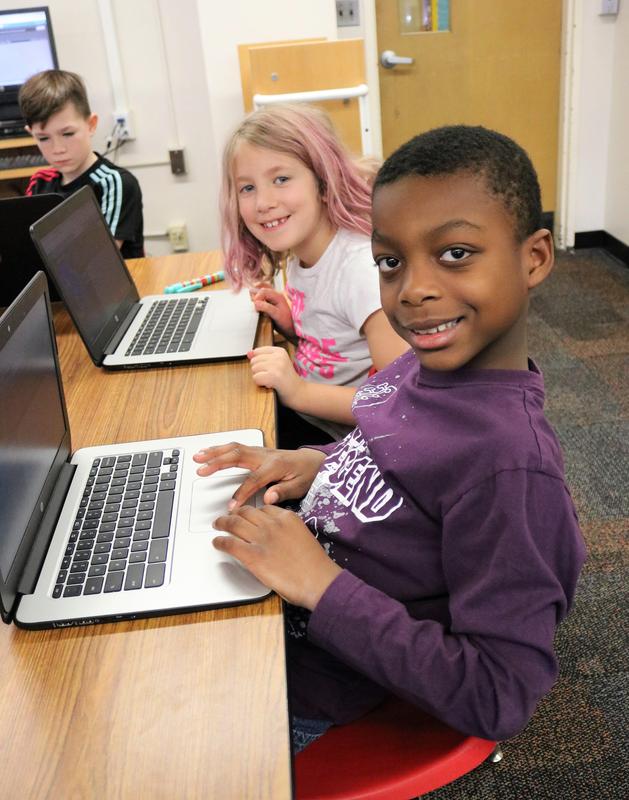 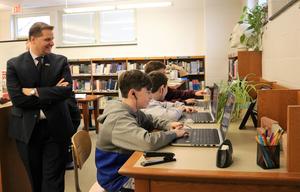 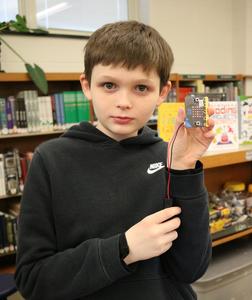 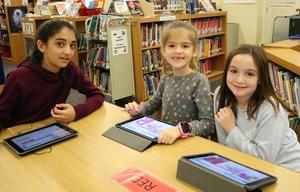 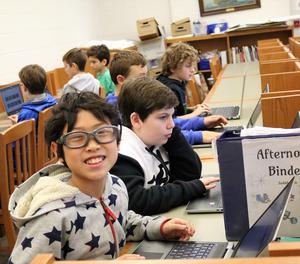 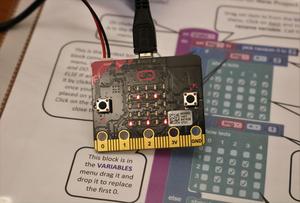 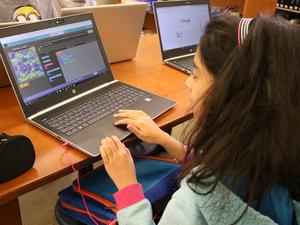 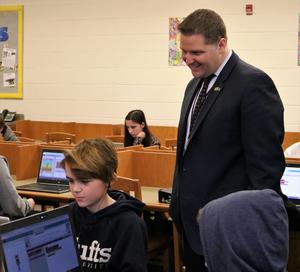 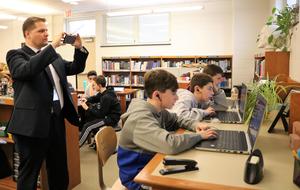 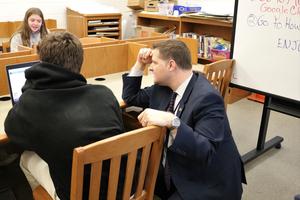 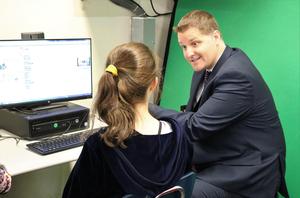 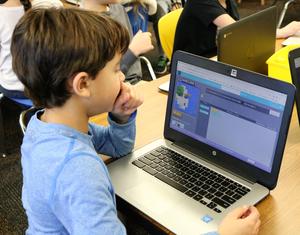 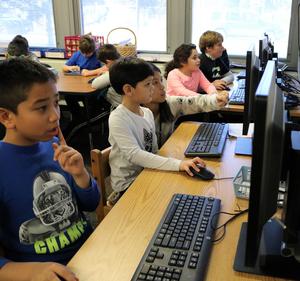 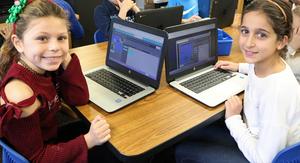 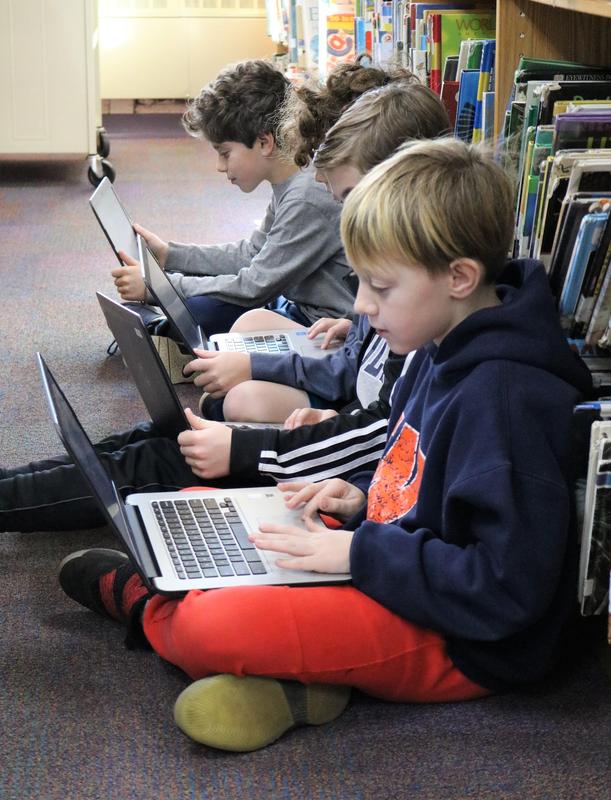 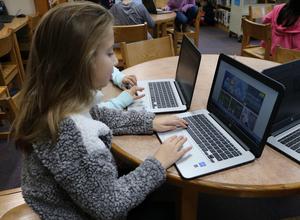 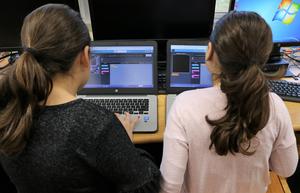 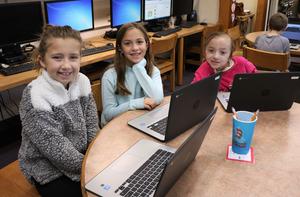 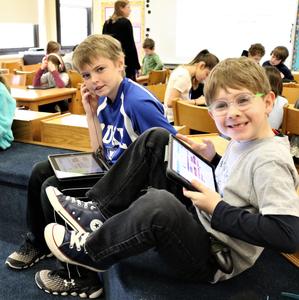 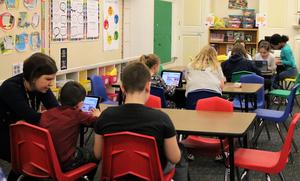 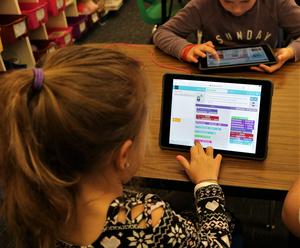 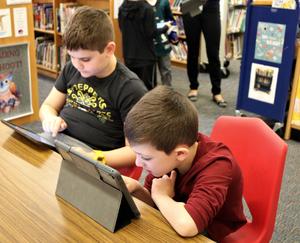 There was a low hum of excited voices in the Washington School library on Dec. 5 as a group of third and fifth graders took part in Hour of Code activities during Computer Science Education Week.

“I made it,” said one youngster as he did a little dance in his seat upon completing a programming level.

Computer code is the basic set of instructions or rules that a computer understands.  Coding is taught as part of the computer science courses at Westfield High School.  The Hour of Code project was started in 2013 by Code.org, a non-profit organization dedicated to boosting student interest in programming and other computer science-related topics.

Across Westfield Public Schools, media library specialists ran coding workshops that had students of all ages using the fundamentals of programming to design a game, build an application, create interactive stories, produce videos and more.

“The goal of Hour of Code is to get students and teachers excited about computer science,” said Roosevelt librarian/media specialist Megan Lynn.  “Students are not expected to become an expert in an hour or even a week; however, we want them to learn that computer science is fun and creative.  Hopefully, the program helps students realize that anyone can learn to code."