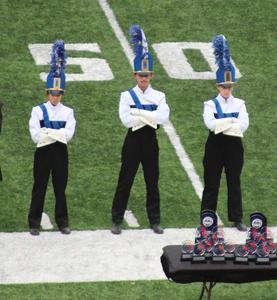 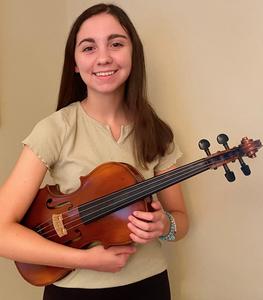 The Westfield High School Marching Band participated in the Bands of America Mid-Atlantic Regional Championship at the University of Maryland on Oct. 9, advancing to the finals for a 3rd consecutive year and placing 10th alongside bands from Connecticut, Maryland, New Jersey,North Carolina, Pennsylvania, and Virginia.

WHS Band Director Christopher Vitale praised the WHS marching band members, many of whom had never competed in a Bands of America regional competition and who received limited training due to previous COVID restrictions.

“Fortunately, we have an extremely dedicated group of student leaders and instructors who have worked hard all season to prepare their sections for this regional,” said Vitale.  “We are so proud of the students for the work and dedication that was required to get to this point and are looking forward to sharing this fun production with more audiences in the coming weeks."

Additionally, WHS 12th grade viola player Meredith Shepherd has been named to the New Jersey All-State Orchestra, following rigorous virtual auditions that took place earlier this year.  She will join @ 85 student musicians from around New Jersey who will perform in a virtual concert to be released in early December.