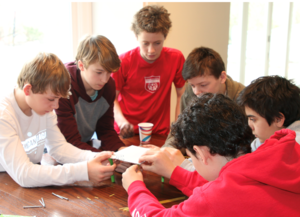 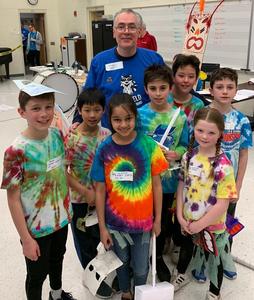 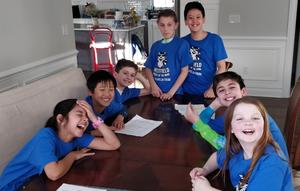 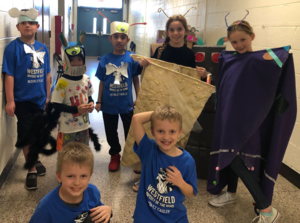 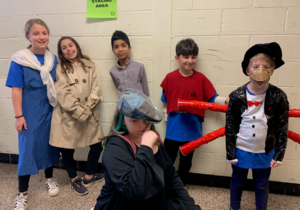 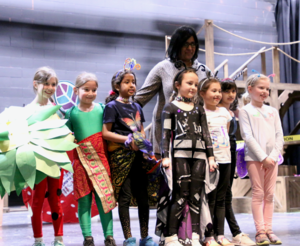 A team comprised of students from Edison and Roosevelt Intermediate Schools placed 1st in the “Mechanical Problem,” building a networking device capable of transmitting an image, email and text message between three different network segments.  The team also was required to include a pop up advertisement, a malware character to “infect” the network and an anti-virus hero to rescue the network.  The Franklin Elementary School team, new to the tournament this year, placed 2nd in the “Balsa Wood Problem,” building an adjustable balsa wood structure that could sustain a maximum weight without breaking.  These two teams were eligible to advance to the state Odyssey of the Mind competition, which has been cancelled due to COVID-19.

A team from Tamaques Elementary School placed 3rd in the “Classics” category and two primary teams from Tamaques and McKinley Schools participated in the competition as well.  Primary teams are not given awards but gain valuable collaborative, problem-solving, and presenting skills.

“I am so proud of all our teams this year.  It was so inspiring to see them collaborating together, solving problems and channeling their creativity to generate such original skits, scripts and props,” says Donna Kenney, volunteer coordinator of the Westfield Odyssey of the Mind. “I would also like to acknowledge and thank all the parent coaches and volunteers who generously gave their time and energy.”

Odyssey of the Mind is an international educational program for students from kindergarten through college.  According to njbrotm.org, “team members apply their ingenuity and creativity to solve problems that range from building mechanical devices to presenting their own interpretation of literary classics,” bringing their solutions to regional, state and world competitions.

The Gateway Regional Competition results are as follows: