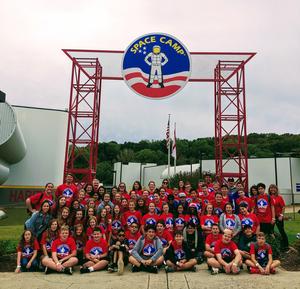 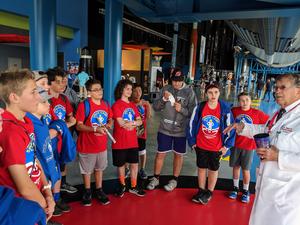 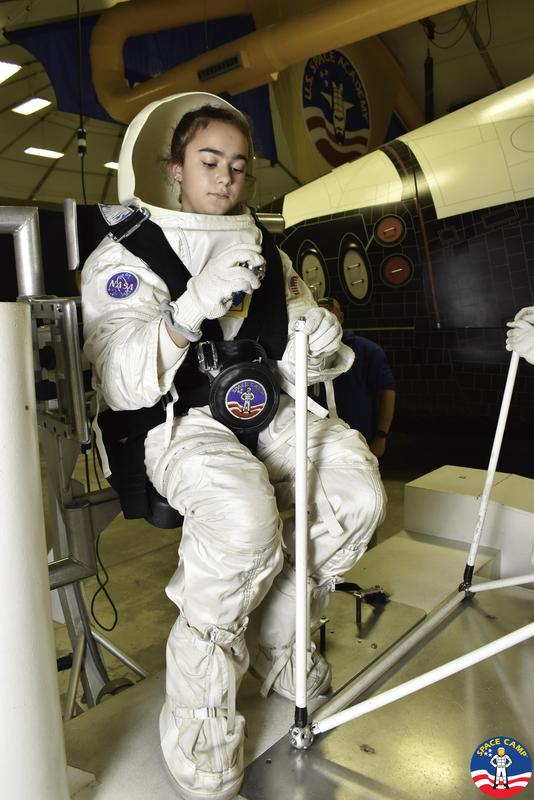 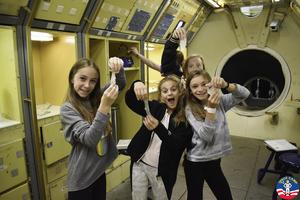 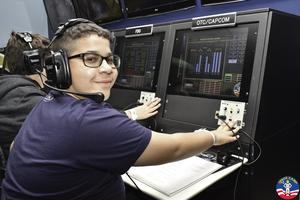 Simulating a free fall through space, programming a robot to dance, and learning the computer programming language of JAVA were among the highlights of a recent STEM field trip to Alabama and Tennessee taken by a group of students and staff from Edison Intermediate School.

Simulating a free fall through space, programming a robot to dance, and learning the computer programming language of JAVA were among the highlights of a recent STEM field trip to Alabama and Tennessee taken by a group of students and staff from Edison Intermediate School.

The October 10-14 field trip of 63 students and 9 staff included a visit to the Adventure Science Center in Nashville, Tennessee and three days at the U.S. Space and Rocket Center in Huntsville, Alabama.

“The true pinnacle of the trip was the simulated mission on spacecraft that actual U.S. astronauts trained on years ago,” says Edison mathematics teacher Ryan Belline who, with fellow mathematics teacher Megan Thomas, organized and accompanied the students.  “Our students and staff were put into groups of 15 and everyone spent time learning their role, including shuttle positions such as captain, mechanic, and onboard scientist.”

Belline and Thomas, who also were accompanied by teachers Daniel Black, Zachary Crutcher, Nicole Curtis, Brittany Hillier, Jillian Martinez, Elizabeth Melillo, and nurse Cheryl Cohen, say some students and staff had roles as communication specialists and other ground crew in the command center.

“After spending parts of two days learning their role, our students and staff completed a simulated mission lasting well over an hour which included successes and unforeseen errors which they needed to problem-solve as a group,” Belline adds.

The interactive, educational Space Camp program at the Huntsville facility had students simulating free falls in space, experiencing what it would be like to work on the International Space Station in a weightless environment, and attending lectures and interactive displays to learn about the history and potential future of space programs.

One of the student groups heard firsthand from former NASA engineer Ron Paulus who worked for more than 20 years during the Apollo missions.  Paulus stopped to talk to the group about the physics behind his work and the amount of trial and error that went into developing the science behind these first human space missions.  “He also answered many questions and quizzed Edison students on their knowledge of physics,” says Belline.

“Imagine the STEM learning that takes place in simulating a space mission or programming in JAVA for the first time, or speaking to a former NASA engineer,” says Assistant Superintendent for Curriculum, Instruction and Programs Paul Pineiro.  “These kinds of learning experiences are ones that will last a lifetime.”

Belline says students on the trip, which was financed by their parents, also participated in valuable bonding experiences that reinforced team building, collaboration, and life skills.

“Students not only built a higher level of understanding in the fields of science, technology, engineering and math, but they spent 5 days together with friends, classmates, and Edison staff, building meaningful relationships that will continue to influence them well beyond this trip.”